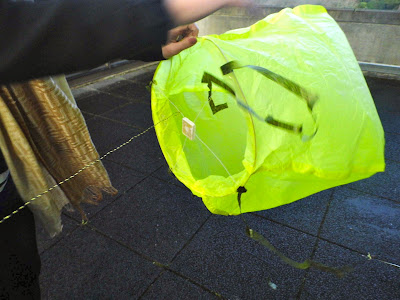 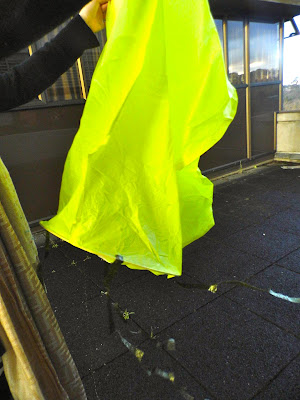 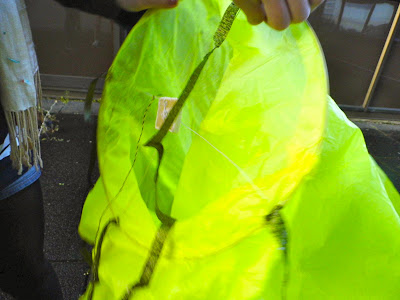 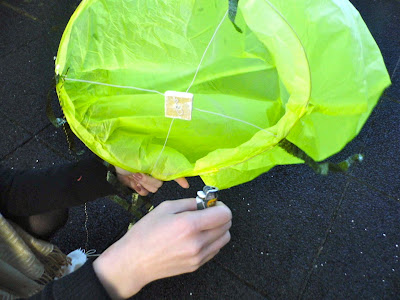 One of the main issues we found with our prior experience of the lantern, which was confirmed by hearing feedback from the other groups, was that the lantern tilting caused it to combust. Therefore we thought of including tails to the lantern, similar to the tails on a kite which act as stabilisers. We thought that this would have the double purpose of stabilising and also making the lantern appear like a giant, floating jellyfish. 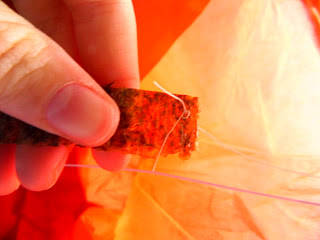 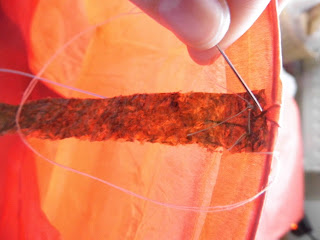 Here is a video of our lantern flying attempt. Unfortunately I was away the first week and the weather the second week was rather unacceptable for flying a lantern. I did try to light it a few days, but the first time it didn't work and the second time I got told off... ^^; Therefore, since it has been very windy I decided to test whether the lantern would work using wind as it's uplift force. This does work, however of course wind is renewable and a very changeable force. Hopefully I will be able to find a day and place where it will be suitable to light it soon.